Does Retirement Make Me a Financial Risk? 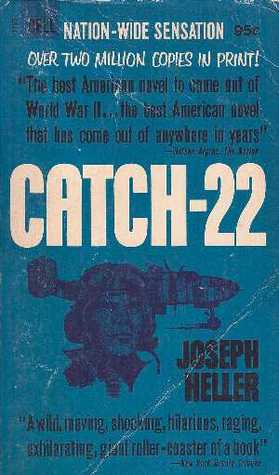 Part of my plan for retirement has long been to build an addition on my 900-square-foot home to make it more comfortable for full-time living. I have been accumulating savings designated for this purpose for the past decade, and had about half the funds needed for the construction on hand when work began in June.

I went back and forth about whether to finance the entire renovation project from my savings or to take a loan for part of it and finally decided to finance half the new addition with a home equity loan. This would allow me to live longer on my savings and to delay taking distributions from my retirement funds, which have been growing at a faster rate than the interest on the loan.

In hindsight, I realize that I was naïve about the process of getting a home equity loan. I thought borrowing against the equity in a house that I own free and clear for a project that would add value to that property, especially given my FICO score in the 800s, would be easy; banks wary of making risky loans in the aftermath of the financial crisis should be eager to lend to me. Think again!

After doing some research at Bankrate.com, I chose to apply for a fixed-rate home equity loan from TD Bank, a national bank that I hadn’t done business with before, but that had local branches and the best terms for such a loan. I could have applied for a variable-rate home equity line of credit (HELOC) at a lower rate of interest from my credit union, but the rate was not enough lower to offset the risk of rising interest rates.

My first hint that getting a loan might be more complicated than I had anticipated came about a week after I submitted my application, when I was notified that my loan had been conditionally approved and passed along to a loan processor whose work would take 30-40 days. The first sign of real trouble came when I was providing the requested explanation of how I could be employed in Pennsylvania but have a primary residence in Maine. I explained that I was in the process of retiring and that, while I was still on the payroll of Gettysburg College, I no longer had responsibilities in Pennsylvania and was living in Maine. Since I had explained all this to the young woman who took my application on the phone and that application had already been ‘conditionally approved’, I was not prepared for the alarmed response of the loan processor to the news that I would no longer have a regular paycheck after December. In the days that followed, I provided detailed documentation of my savings and IRAs, 403(b) retirement funds, and budget for retirement living. This, I thought, would reassure them that I was not going to suddenly become a deadbeat when I retired.

But then a new problem arose. The loan processor contacted me to ask whether I was doing a renovation. The appraiser’s report noted a new foundation and work happening at the front of the house, and this had also set off alarm bells at the bank. Yes, as I had explained to the woman who took my loan application, the purpose of the loan was to help finance an addition to my house that would increase its value – exactly the type of project for which all the personal finance experts say that home equity loans are appropriate. And, yes, that project had been proceeding while the wheels of the loan process ground slowly on.

The next move on the part of the bank was to request detailed documentation of my renovation project (architect’s drawings, building permit, etc.) and a much more detailed appraisal, which happened last week. Two days after that, I received an email from the loan processor informing me that “We received the appraisal and it is waiting to be reviewed. The appraiser did indicate value is subject to repairs being completed, so most likely the appraisal will not be approved.” The reference here to “repairs being completed” means the completion of my addition; and if the appraisal is not approved, the loan will not be approved. So TD Bank is not willing to risk loaning me money to build an addition on my house until that addition has been completed!

At this point, I’m feeling like a character in Joseph Heller’s Catch-22. Perhaps Major Major – the young recruit in that novel who was inadvertently promoted from boot camp to the rank of major by a computer error and who dealt with his lack of competence for his job by only allowing people into his office to see him when he wasn’t there – is in charge of lending policies at TD Bank. Although the bank’s decision will not be official until the appraisal has been reviewed, a process that will presumably take several more weeks, I am proceeding on the assumption that my loan application will be denied – an outcome that I never anticipated. Fortunately, I don’t actually need the loan. I can pay for all the construction costs and still delay drawing on my 403(b) funds until 2017 by drawing down my savings and using some IRA funds earlier than I had planned.

The question remains, however, of how much the bank’s response to my application was based on my retiree status. As Dr. Don at Journey into Retirement noted in a post about his own bank loan application horror story, “…[F]rom the perspective of the bank, people going into retirement have no income ….” Dr. Don posted about his experience as a “cautionary tale” to other retirees, and  I wish I had read it before I decided on my strategy for financing my addition. I’ll never know how much my experience was shaped by my retiree status, but I think the caution to all pre-retirees and retirees is that you can’t assume that an excellent credit history will open the same doors for you in retirement that it did beforehand.

17 thoughts on “Does Retirement Make Me a Financial Risk?”